The plant of the Vienna Climatic Wind Tunnel was extended by a third preparation hall, a modernized control room as well as office and laboratory facilities.

On March 24, 2022, the postponed opening of the annex to the climatic wind tunnel could finally be duly celebrated together with 90 invited guests. Among the guests were also representatives of the owner companies of the operating company Rail Tec Arsenal of the Vienna Climatic Wind Tunnel.

Originally designed for rail vehicles, tests are also carried out on road vehicles, for aviation and on other technical systems. From optimizing thermal comfort to improving the energy efficiency of mass transit vehicles to safety testing of sensitive technical systems, the modern facility is unique throughout Europe, internationally recognized and booked. In order to meet the increased demands and high demand for climate tests, more than a year was spent working on the expansion of the facility. The result: a third preparation hall, a modernized control room, and new office and laboratory space.

Rail Tec Arsenal Fahrzeugversuchsanlage GmbH (RTA, operator of the Vienna Climatic Wind Tunnel) and Schieneninfrastruktur-Dienstleistungs-gesellschaft mbH (SCHIG mbH, owner of the plant) invited to the opening ceremony in the new premises. After the ceremonial speeches by RTA Managing Directors Franz Hrachowitz and Gabriel Haller and SCHIG mbH Managing Director Stefan Weiss, a gala dinner and a guided tour through the new premises rounded off the evening. 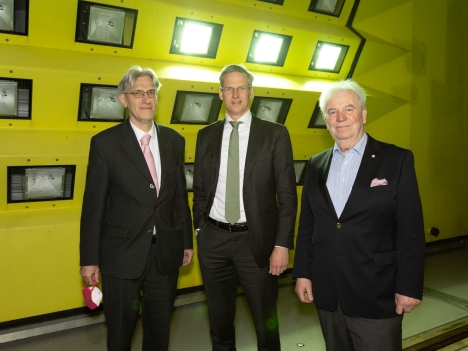 In his opening speech, RTA Managing Director KR Ing. Franz Hrachowitz thanked SchiG and all the companies involved in the Climate-Wind-Tunnel project from the very beginning for their good cooperation and foresight in co-financing and setting up such a unique facility.

Dr. Stefan Weiss, MBA (Managing Director SCHIG mbH): "As the owner of the facility, SCHIG is particularly pleased about the success and the high demand for climate tests, which RTA carries out with the climatic wind tunnel at the highest level. This proves that investments were made in the right place almost 20 years ago by now. And above all, the project shows how well the interaction between the public and private sectors can work. In the RTA, we have a reliable partner who is professionally managing the Climatic Wind Tunnel and marketing it internationally."

Finally, Dipl.-Ing. Gabriel Haller, MAS (Technical/Scientific Director RTA) thanked all employees and participants for the joint work during the one-year construction phase, which made the facility fit for the future: "Over the years, RTA has developed the worldwide unique climatic wind tunnel for rail vehicles into a key test facility for future-oriented mobility and is glad to have a partner in SCHIG, which supports and contributes to these activities".

History: For more than four decades, climate tests were carried out in the vehicle test facility at the Vienna Arsenal before the newly constructed climatic wind tunnel was opened on the Pauker grounds in Vienna-Floridsdorf at the end of 2002. For financing the construction of the plant, a public private partnership (PPP) model was realized. In this context, SCHIG mbH founded the subsidiary Rail Test & Research GmbH (RTR) as public partner, whose main task was to secure the financing and to realize the new facility in due time. The Federal Government participated by providing equity capital and guaranteeing loans. RTA was founded by the most important European rail vehicle manufacturers and the Austrian Research and Testing Center Arsenal GmbH (today's AIT Austrian Institute of Technology). As an internationally active, independent research and testing institute with over 50 years of experience, RTA currently operates two climatic wind tunnels.

Read more under History of the Vienna Climatic Wind Tunnel

The need for Climatic Tests in the Climatic Wind Tunnel Vienna has been growing over the recent years. The safeguard of quality, safety and comfort for passengers in public transport comes more and more into spotlight. Workarounds and related increased space requirements for such tests are constantly growing as well. Preparation and postprocessings, measurement setups, modifications and temporary storage of testobjects for following tests can not always be performed outside the facility building. Hence, an additional preparation hall is needed.

For this reason and with the financial support of the facility owner RTR (Rail Test Research GmbH), a third preparation hall is added. This building extenstion is going to meet the increased space needs also referring to the limited office space. Also the space designated for office and meeting activities will be enlarged in the second floor above the newly built preparation hall. On the ground floor the entrance area and the control area will be modernised to reflect the current way of working. Our customer shall easier get the possibility to follow the testprocedures and be involved into the whole coordination process during tests if requested.

Construction works have been performed by the company Held & Francke since September 2020. Commissioned planning office is Schwarhofer Planung und Bau GmbH.  Finish and final opening is planned for autumn 2021. We will be happy to Welcome you in the new customer and preparation area.

Some visualisations give a foretaste of the modern extension to come: picture gallery building extension

It used to be a traditon that every two years RTA organised a technical workshop (find information about past work shops here...) with rail experts from all over Europe. The break has been too long now, hence the workshop of this year will be performed in autumn via online streaming plattform. More Information will be given on this point.

The BMVIT (Austrian Ministry for Transport, Innovation and Technology) gives an overview of the current R&D activities in the sector of Technology and Innovation (RTI) for the Austrian aviation industry on the online platform open4aviation. Besides R&D results it comprises basic strageties, programs, current RTI-issues as well as further useful information.

Within the "RTI Strategy for the Austrian Aviation Sector 2030 plus" the BMVIT presents the RTA Icing Wind Tunnel - in its special area  - as a the worldwide unique infrastructure. Goal of this Austrian aviation strategy is the pooling of various Austrian competences in the field of anti and de-icing technology research in oder to improve the visability on European and International levels.

The development of the RTA Icing Wind Tunnel in 2013 within the Austrian supplier industry leadingly contributed to boost the "strategic de-icing niche" covered with highly modern systems on the  global market. By new innovations and developments via different R&D projects a leading position in terms of technology and know how could have been achieved. Now RTA  acts as a recognized Know-How partner within the industry.

RTA and ADSE consulting & engineering from Hoofddorp, the Netherlands, entered a cooperation agreement to jointly work on projects to accurately determine the yearly energy consumption of HVAC installations on rail vehicles. By combining the testing knowledge of RTA and the engineering capabilities of ADSE this will provide a valuable service to both rail vehicle manufacturers as well as rail vehicle operators. The work continues on the successful EcoTram project between RTA and its partners Wiener Linien, SCHIG mbh, Siemens, TU Wien and Vossloh Kiepe.

The new cityjet was presented to the public. Top ranking politicians and representatives of the industry answered the questions of reporters.

In course of the first icing test project, performed for a customer in the new Icing Wind Tunnel (IWT) of RTA the newly built facility upgrade was officially opened on 3.3.2014. 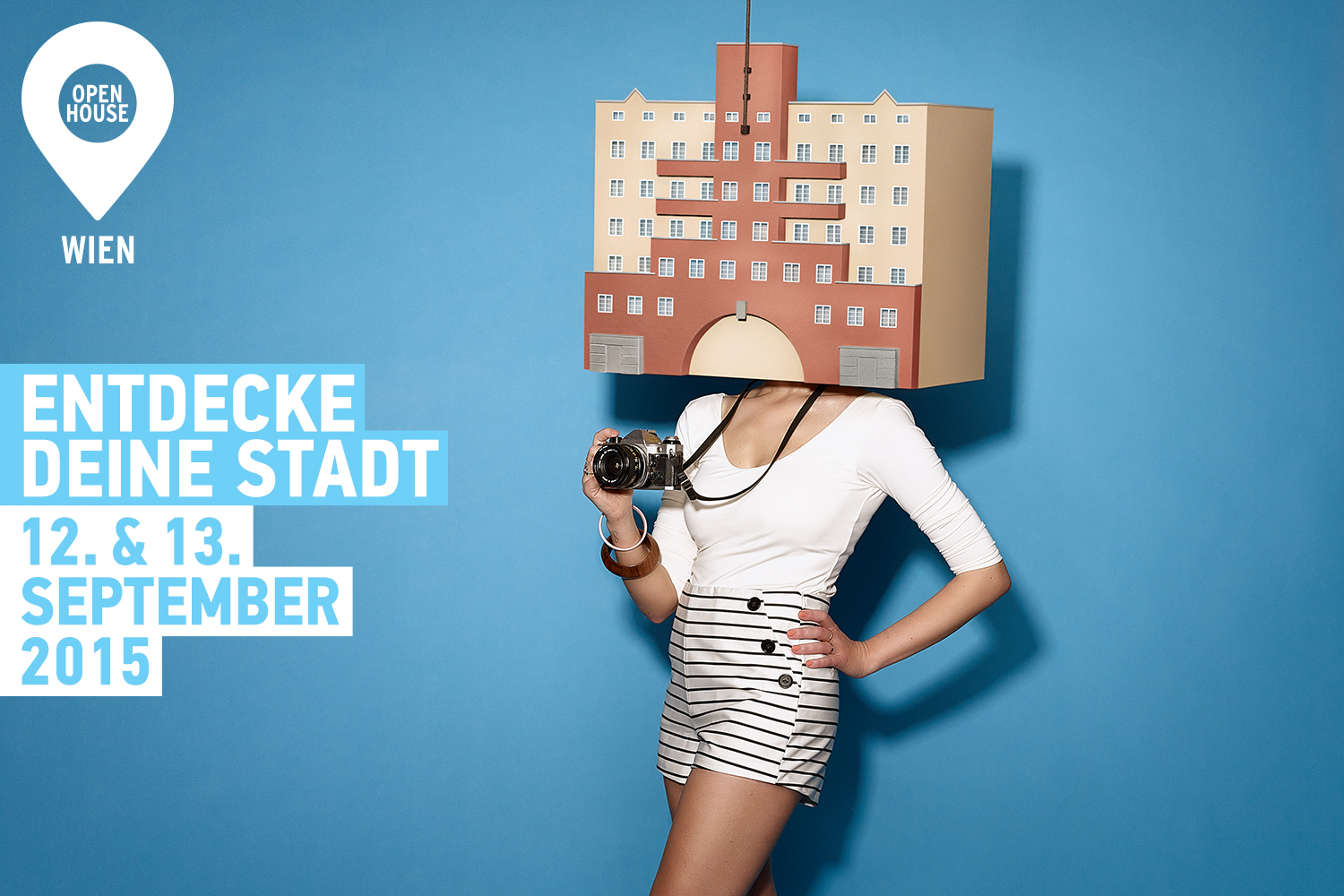 On 12.09.2015 the climatic wind tunnel Vienna was one station during the Event "OPEN  HOUSE Wien" for people interested in architecture.