In the aircraft industry the usage of bleed-air for climatization and heating of parts that tend to freeze over is a wide used concept. For instance, all aircrafts of the Airbus family are equipped with this technology and so are the current aircrafts from Boeing, except the B787, which is equipped with an electro-thermal ice protection system.

Especially for one of the new developed diphasic ice protection systems (designed and manufactured by EHP) RTA built a new BleedAir device (BA) delivering hot air of the demanded requirements (see figure 1) for the emulation of the bleed air system. The system can control the air mass flow of the delivered bleed-air in a wide range. It allows a valve switching for bypass operation by adapting the presure to the change of aerodynamic resistance within short regulation time. As the system is equipped with a 100kW heating device the air temperature can be heated up to 300°C with a mass flow of max 0,3 kg/s. This temperature can be regulated by the control system. Various connections for temperature measurement and other analog inputs are provided and can widely be used to adopt the regulation strategy to best meet the need of the test object in normal behavior of typical bleed air systems utilized in aircrafts.

Furthermore, if the system is not needed for the emulation of the bleed air it can be used for deicing the test objects after a test run and significantly speeds up  this process. 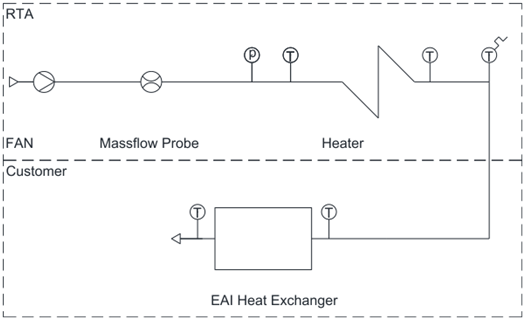 Figure 1: schematic sketch of the new unit for Bleed-Air Emulation at RTA

For the test campaign a 1:1 scaled mockup with a mass flow simulation and the new bleed air equipment was installed in the Icing Wind Tunnel (see picture 1 to 3). Following parameters were adjusted for the test run: 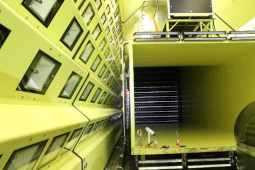 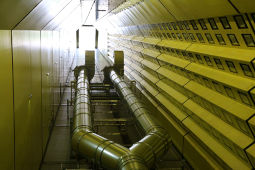 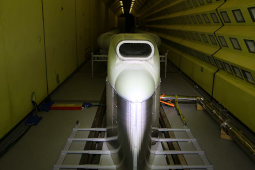 Figure 2: mockup in the RTA IWT